Stupid has a twin

His name is Isaac. And on rare occasions Stupid pretends to be him, takes his phone, keys and friends and makes things crap just so that when Isaac wakes up the next morning (with a headache from being beaten unconscious by Stupid) he has to crawl around in pain and try and fix all the crap Stupid did. Only nobody ever blames Stupid, Isaac always gets the blame.

So I lost my keys, glasses and gloves somewhere between town and my house, on Wednesday night sometime between 12:30 when I was last seen and 3am when I woke my little brother to let me into the house. But it's not all bad, I also went on a rant about the Irish Defence Forces in Chad which is on video apparently, scared my girlfriend half to death thinking I was going to get killed or had been in the hour between drunken phone calls on my walk home (at least I think I walked home, my shoes were covered in fresh cut grass anyway). Bonus points all round really, I sure can show how great I am at social drinking.

On to other news, a man in TCD cursed this week, loudly, at discovering the vacuum chamber he was testing a newly repaired lid on wouldn't pump down with the lid it had previously, thus rendering days of tests void as some fault with the chamber exists with nothing to do with the new lid. Always fun to find out you've wasted a couple of days.

Had my last lab yesterday with the first year science students, more time for my own work now which is grand, though I will miss the extra pay. Magnetism course also wrapped on Tuesday, 42Q's to be answered and 5Q's to be written with answers for the 26th April, that should keep me busy in the evenings wahey. Had a nice weekend in my mam's in Louth, I was still recovering from the flu so I didn't go hiking, and I haven't went on any long walks (while sober anyway) in ages, leaving me very poorly exercised this month, but the weather is quite nice so maybe on Saturday I will walk places before I do more magnetism. Nice places, with trees and sunshine. I want a holiday. 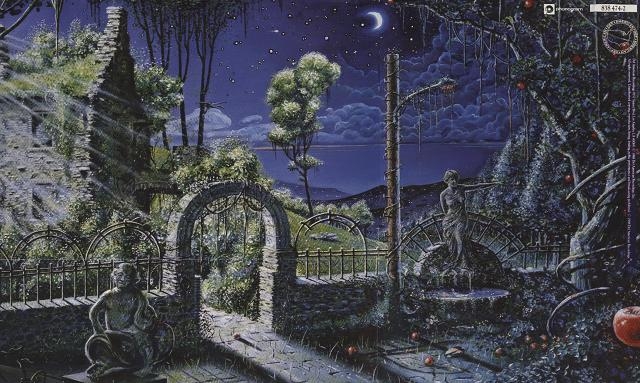