So for no reason other than the fact that my head is sore from stupid slides that never seem to look right I am going to try write a post. The topic of this fludge post is fairly self-evident but just to spell it out T, H, I, N, G, .... ohright, sorry, yeah. I'm just going to go through a few things I enjoy keeping up with on das internet.

Wonders of a quite interesting nature always here:
QTube

If like me planes make you daydream this is for you:
Flight image of the day

Oh so many ways to kill time, but whynot get informed about a random chunk of the news:
Philip DeFranco Show

I try not to let myself get trapped with exponentially expanding tab bars but Reddit makes that difficult:
Science Reddit

Any gamer out there will already know Yahtzee, but just incase:
Zero Punctuation

A recent thing on my radar, and it being Towel Day and all it simply has to be included:
Hitchikers Guide Game

Posted by Zakerius at 7:31 pm No comments:

The gig I missed

Well QOTSA played a few meters from where I sleep and I didn't get to see them play.

I did hear every beat though, which rocks, and I got (bad) pictures of them. It was Josh Homme's birthday yesterday, so I guess he left earlier than the others to nurse a hangover maybe. The guy beside me got Joey's drum sticks, right in front of my eyes. I also got to talk to Joey which was epic (although brief). The gig that never was, for me anyway. Or maybe half was is more accurate. Next time eh? 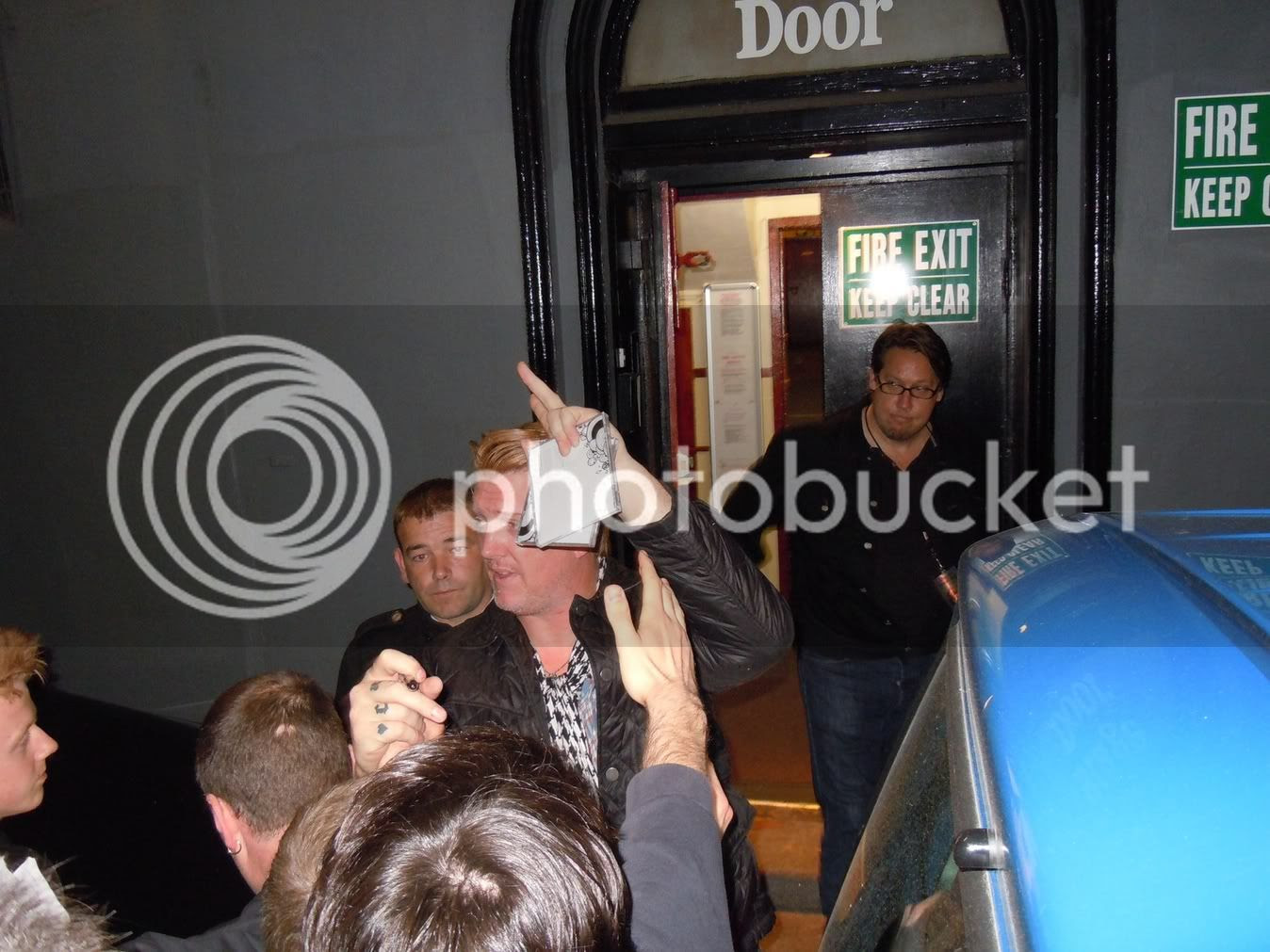 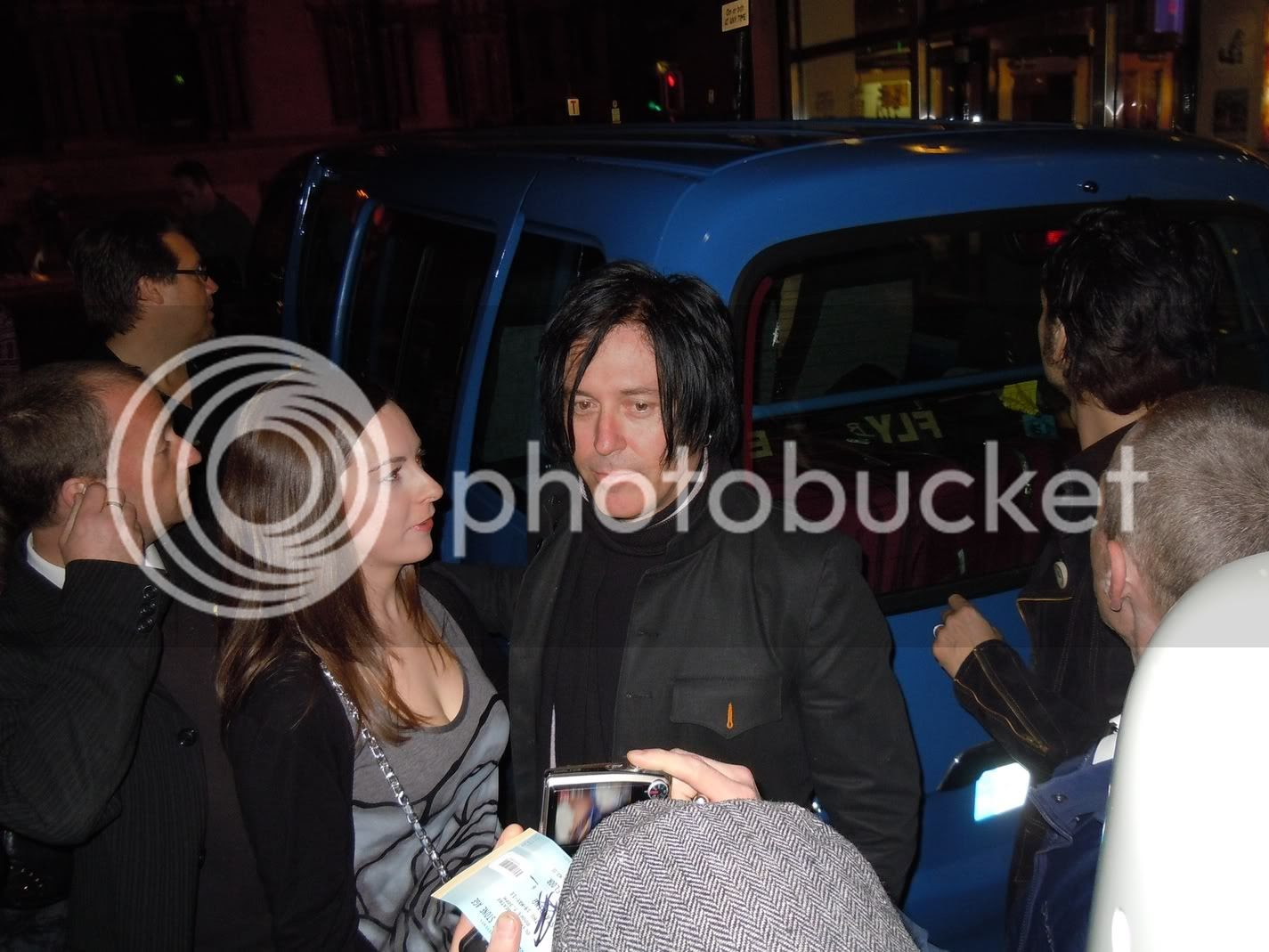 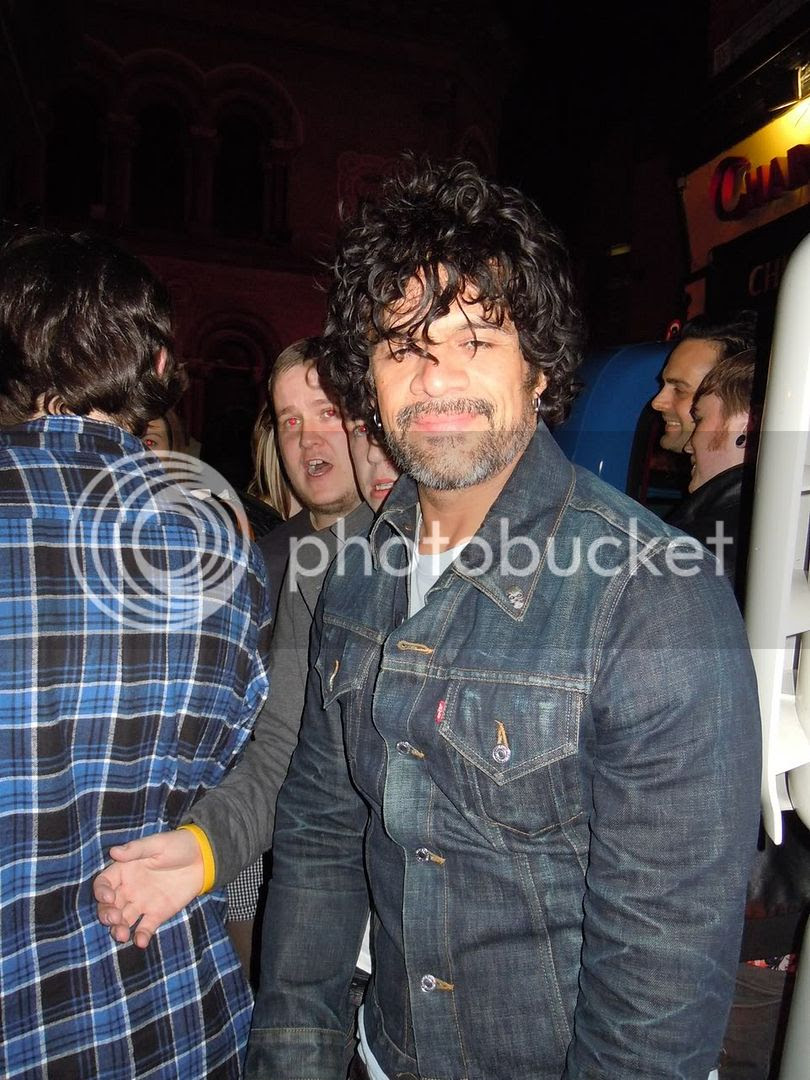 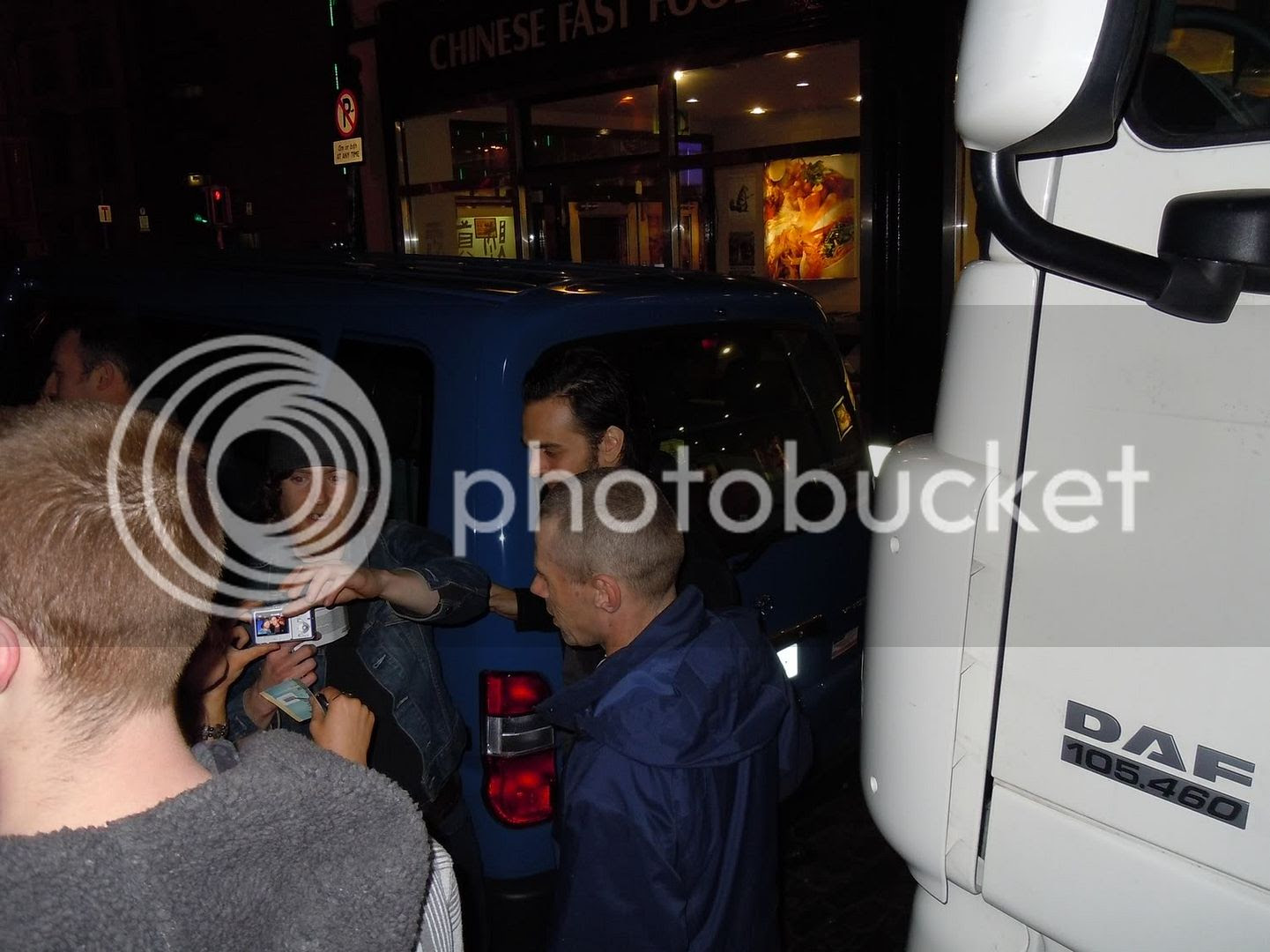 So yeah, things flying by, mostly time, but other things too.
On the happy side of my mind at the moment, the other side doesn't see much daylight anyway, but definitely on the happy side.
Work is going well, well it is going well enough. Well well well. Wellity wellity..
The changes I was asked to make to my transfer/continuation report (the thing required of PhD students at around the 18 month mark of their studies which is used to #1 show people they are on track and/or learning stuff & #2 give them a feel for what the big write-up will be like come the 4 year mark) were mostly small things, slight issues with phrasing and such (physicists can't say "vast quantities" and the like, one must quantify one's self if one wishes to be well read) [honestly not ripping the piss, this is how it is and I do try to write scientifically when drafting reports/posters/presentations]. There were however things of a larger nature that needed addressing, for example the explanation (& derivation) of Bennett's condition (I wanted a link here to explain this for me but I will have to do it myself.. Bennett's condition, in the case I am looking at it, is a balance of plasma pressure and magnetic pressure inside a plasma which can be used to yield estimates of the plasma and discharge conditions required for a Z-pinch to occur). This isn't a huge thing to ask, it is something which I should understand empirically as it is essentially a cornerstone of the pinch work (kinda). But none the less, reading so much theory and trying to piece it together and make a clear, concise picture in my head was/is difficult. There is a lot to be said for having an expert explain things to you, but trying to make yourself an expert really means kicking your own ass ten times a day. You feel it too, no pain no gain and all that. Feel like I've a bruised brain, maybe that's why I'm in a writing mood.

Getting the feeling I'm losing my train of thought though and this post is becoming a nightmare. So I will add some disclaimers to it and move on to the rest of life?

Got to spend time with Odette Monday evening & yesterday evening (despite my 13 hour day in the office melting my head) which was lovely, love her to bits. She is the best, never too sure what to say, to many things in my head, so many little stories but I think I want to keep them to myself. Makes me think of that bit in Saving Private Ryan when Cpt.Miller says he is saving the memory of his wife cutting the roses to himself. They're too nice, they're just for me. Those moments, little smiles for no reason, sudden feelings and heart flutters. All the sweet things shared. Nawww.

The little fuzz ball that is Nuvola is as lovely as ever, never thought a little rodent could have so much character! She really is hilarious, funny to watch her trying to learn things and figure out patterns, great then to throw in a change and see how she tries to adapt. Never thought I'd get so attached to a hamster either, guess that's the way it goes, she is just too cute. Keep meaning to upload videos of her to YouTube.

Hopefully be able to get back to being a social animal myself soon by the way, haven't really seen friends outside the apartment for a while, glad I've gotten to see Fern a bit during the past few months and been meeting up with Josh alot which is always good but if it wasn't for Kevin bringing people over to the apartment I'd not really be seeing people.

On to summer plans? Whynot indeed. Well, lets see. May has arrived with all its bells and whistles, enjoyed as much sun as work would afford me during April, try my best to do the same in May. Want to take Tony up on his offer of a couch in Paris at some stage. Wouldn't mind trying to convince Odette to go see Sophie too. Then it's just dreams of sunshine and beaches in late August early September. Might try and get down to Wexford too, would really like to. Will see if I can talk Josh into going. Will be spending time up in Louth with my mammy too for sure, lots of hiking & hanging out. Also want to read half a dozen spectroscopy, plasma theory, atomic physics and magnetohydrodynamic texts. Will keep myself busy, no doubt about that.

/\_/\_/\_/\_/\_/\_/\_/\_/\_/\_/\_/\_/\_/\_/\_/\_/\_/\_/\_/\
DISCLAIMER:
Two important things I would like to add here just to cover myself:
#1 this is not intended as an information source to anyone in Any way, undoubtedly I will lead those looking to learn astray (I welcome comments/corrections to anything I have stated in the first section)
#2 I am deeply sorry that I have linked to Wikipedia as a source of understanding, there are no other links I could find to explain the terms in very simple terms (a job I may undertake in the future?)

I would also like to apologise for the manner in which most of this is written, there are more parentheses in this fludge post than there are spots on a giraffe
Posted by Zakerius at 3:35 pm 1 comment:

The only thing that happened this week in my life to speak of is my 5 year aniversary with Odette <3
Five years?! Can you believe it? I can't, don't know where the time has gone. Also means I'm pretty much 6 years studing physics at 3rd level.. All very scary really, how quick time goes by!

Love my baby madly though, she's wonderful in most every way. I wont go getting all mushy though, more just wanted to say. Everybody has those times they say things they regret or do things they didn't think through, but through it all I've loved her with all my heart, more and more every day. 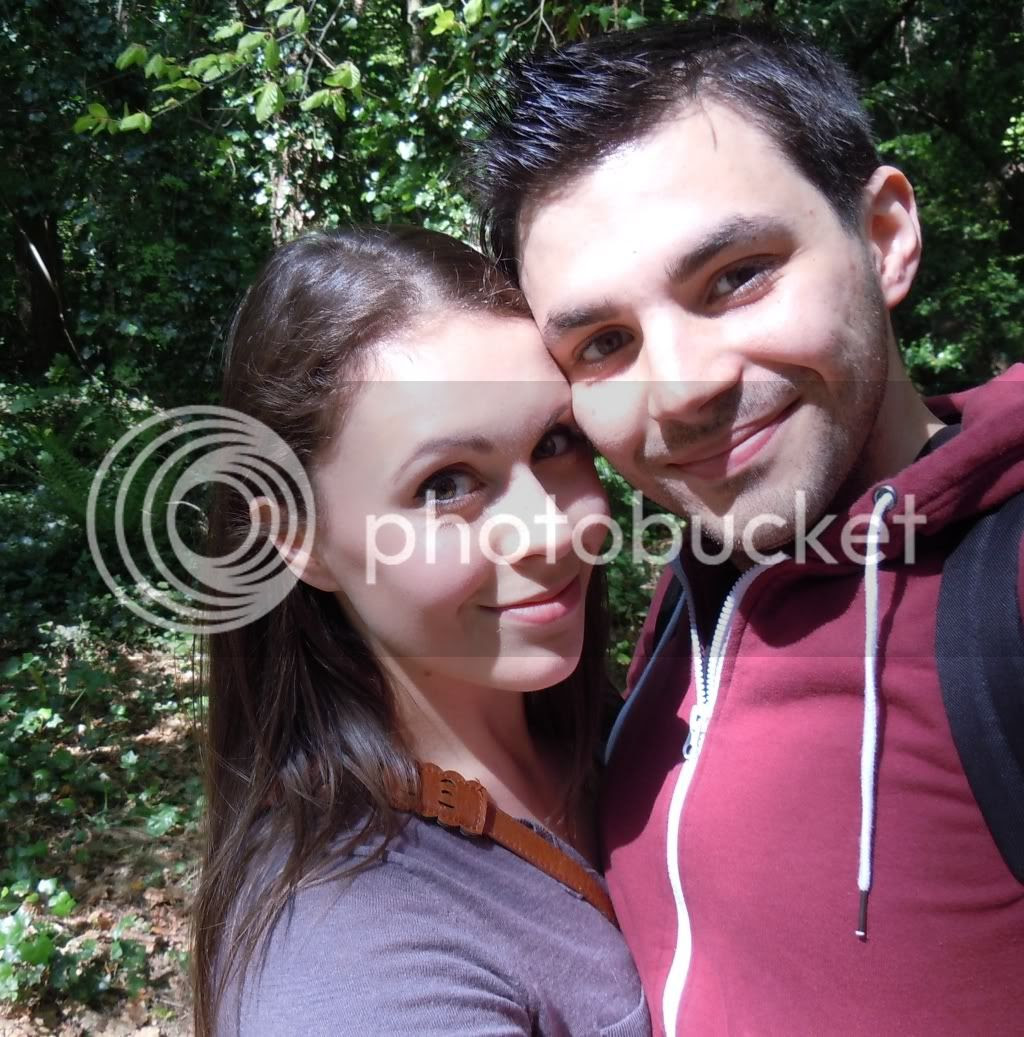 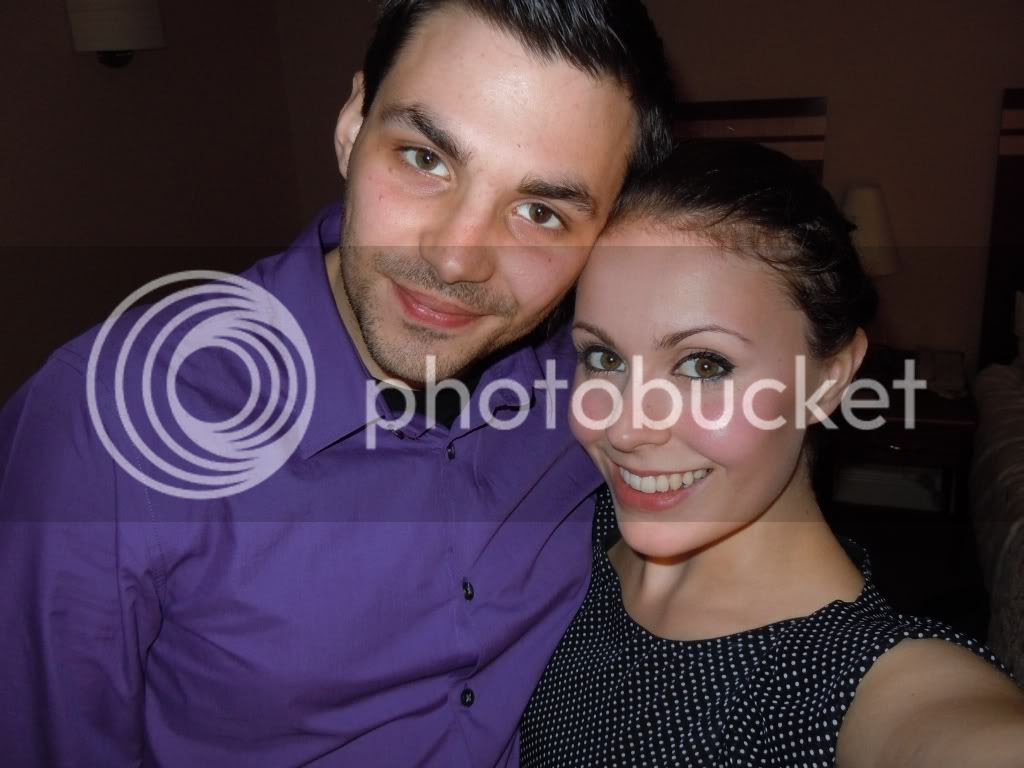